Pictures of Nursing: The History of Nursing Worldwide and at New York Medical College in Postcards and Stamps 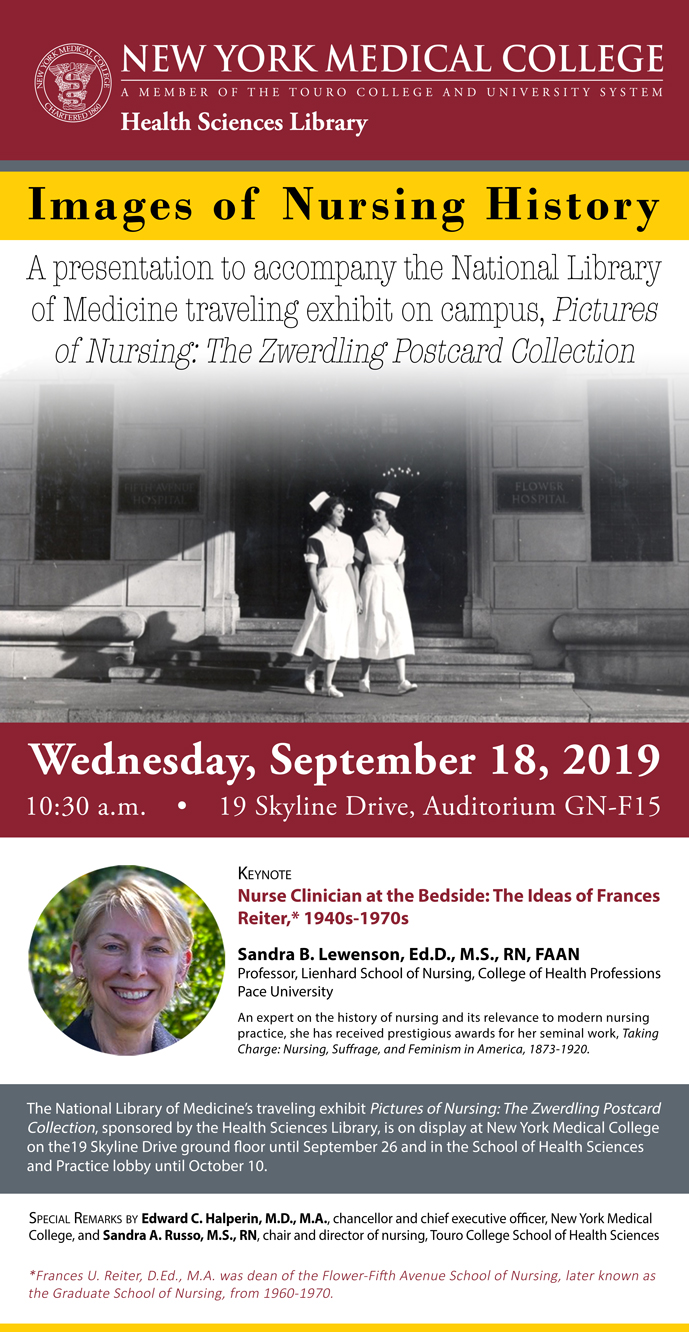 An expert on the history of nursing and its relevance to modern nursing practice, she received the American Association for the History of Nursing Lavinia Dock Award for Historical Scholarship and Research in Nursing for her seminal work, Taking Charge: Nursing, Suffrage, and Feminism in America, 1873-1920. She won two American Journal of Nursing Book of the Year Awards in 2008 for Capturing Nursing History: A Guide to Historical Methods in Research and Decision-Making in Nursing: Thoughtful Approaches for Practice. Her colleagues at Pace University awarded her the 2008-2009 Keenan Award for Teaching Excellence. Dr. Lewenson received the AAHN Mary M. Roberts Award in 2013 for Nursing Interventions Through Time: History as Evidence and the AAHN President's Award for Outstanding Service. Dr. Lewenson is a member of the American Academy of Nursing and Sigma Theta Tau International Honor Society, has been the recipient of the Outstanding Scholarship and Research Award from Teachers College, Columbia University, and is a member of the Hall of Fame of the Alumni Association of Hunter College.

This event is being held in conjunction with the Health Sciences Library's hosting of the National Library of Medicine traveling exhibit, "Pictures of Nursing: The Zwerdling Postcard Collection," which is on display at various campus locations through October 10.